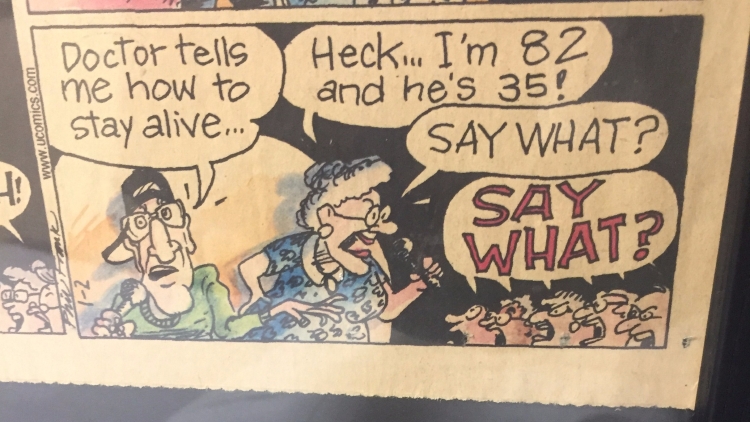 Been thinking a lot about ageism within the writing community. More specifically, about younger writers shutting out or belittling older writers. Ageism to me is fascinating, because it’s the only form of prejudice where you go from oppressed to oppressor and then back to oppressed, and in most cases this happens without you even realizing.

Like, when you’re a kid it makes sense to hate on older people, because you’re establishing your independence. But at some point, without even realizing it, you become a person in the prime of your life—somebody who has real power within your local sphere—but, in most cases, you continue to perceive yourself as a Young Turk who’s doing battle with your elders.

You see this so much in the tech sector, here in San Francisco, where you have people in their mid-to-late twenties who are working in positions of power, and they’re still talking about older people as if they’re old fogies who’re set in their ways, without realizing…this is gross. These people you’re talking about aren’t your teachers, and they’re not your parents. They’re not people who’re using their age as a way of controlling you. Instead they’re coming to you, asking for collaboration and for jobs, and you’re dismissing them because of their age.

But the young’uns don’t realize it, because they never adjusted to thinking of themselves as powerful people.

In most fields, of course, the effect is muted, because, at least up until retirement age, older people continue to have most of the power. For instance, in academia (and I’m including creative writing academia here), younger academics might have age-prejudice, but I wouldn’t call them ageist, because the older professors in the department, even when they’ve ceased to publish or contribute, oftentimes still have an outsized amount of power.

In traditional fields, you see ageism manifest at the outskirts, whenever younger people with middling status have to interact with older people who have low or declining status. For instance, older lecturers in departments get treated even worse than younger lecturers, because younger lecturers, it’s assuming, might be on their way someplace. Older middle managers are treated worse than younger middle managers, and it’s for the same reason. Whenever older people have the same status as younger people, it’s assumed that the older person is less innovative and intelligent, even though both might have the same productivity.

As I said, in literary fiction, academia is a countervailing force, creating an institutional environment in which older people can hold onto power. And in science fiction and fantasy, fandom serves much the same function. Because fan activities are grounded and controlled by older people (so far as I can tell) and Hugo voting also skews older, there remains a place for older people (which you can see in the case of older writers who get nominated for awards even after younger ones have begun to dismiss them).

But I’ve found that the young adult field is rank with ageism. It’s probably the worst environment for it that I’ve ever seen, because there’s no countervailing force that gives older people an advantage. First of all, the field is new. There was no young adult publishing, at least as we know it, twenty years ago. Secondly, it has no memory. Careers don’t even last for five years. There’s at least fifty percent attrition (if not more!) between book one and book two. The number of people who put out a book three is probably less than ten percent. This field chews up people and spits them out. Afterwards, I have no idea where they (we?) go. I’m pretty sure they (we?) just quite writing. In YA, an “older” writer who’s successful might be someone like Stephanie Meyer or Gayle Forman (who’re both only in their forties!) Even our “Old Guard” is barely into middle age.

Finally, this is a field that is about the magical primacy of teenagerhood, and it’s dedicated to the notion that there is nothing teenagers can’t do, and that there’s no feeling or thought that they’re not capable of. And when you’re surrounded by those sorts of semiotics, it’s sort of unavoidable that you would slowly begin to discount the value of age.

Now I don’t necessarily think this is the worst thing in the world. America today, at least amongst the sorts of middle- and upper-class people who write YA books, is a pretty age-segregated place. There are entire neighborhoods and towns where only young people live, or where all the homes are “starter” homes. I’m thirty-one, and I go to parties here in San Francisco, and I almost never see somebody who’s older than forty (this is not the case, I’ll note, in other places, especially rural areas, or in ethnic and religious enclaves, in rural Oregon, in Salt Lake City, and at certain Indian events, I’ve been shocked at times to see people of all ages getting drunk together). I think all of this makes us really unused to socializing with older people, which, after all, is something different from socializing with younger people. You’re gonna talk about different shit. Have different concerns. Maybe have different political opinions. So if people gravitate to others of their own age, I totally get it.

Where it becomes a problem is when one of the ages is more powerful than the other ages. And in YA writing, I think it’s true, the perception exists that the younger you are, the more likely you are to get buzz and to succeed as a writer.

Now I don’t know how true this perception this. It could be entirely false. As I said, I don’t think New York publishing necessarily cares a lot about the age of a debut author.

But because the perception exists amongst authors, I think it leads to a lot of resentment when younger people hang out together. Because in that case it’s not just like cleaving to like, it’s actually the Hot Young Things all getting together and hording their success.

Furthermore, it can lead to some desperate social maneuvers that (somewhat comically) oftentimes resemble an inverted high school, with older writers doing their best to speak and dress in a younger fashion so as to ingratiate themselves with younger authors. None of which is something I think is particularly necessary, by the way! I don’t think popularity with other authors correlates with your book’s success. These are all just neurotic games that we play. But the fact is that while we’re waiting to succeed or fail, we still have to live in this social environment, and I think these sorts of social dynamics make it into a more unpleasant place for everybody.