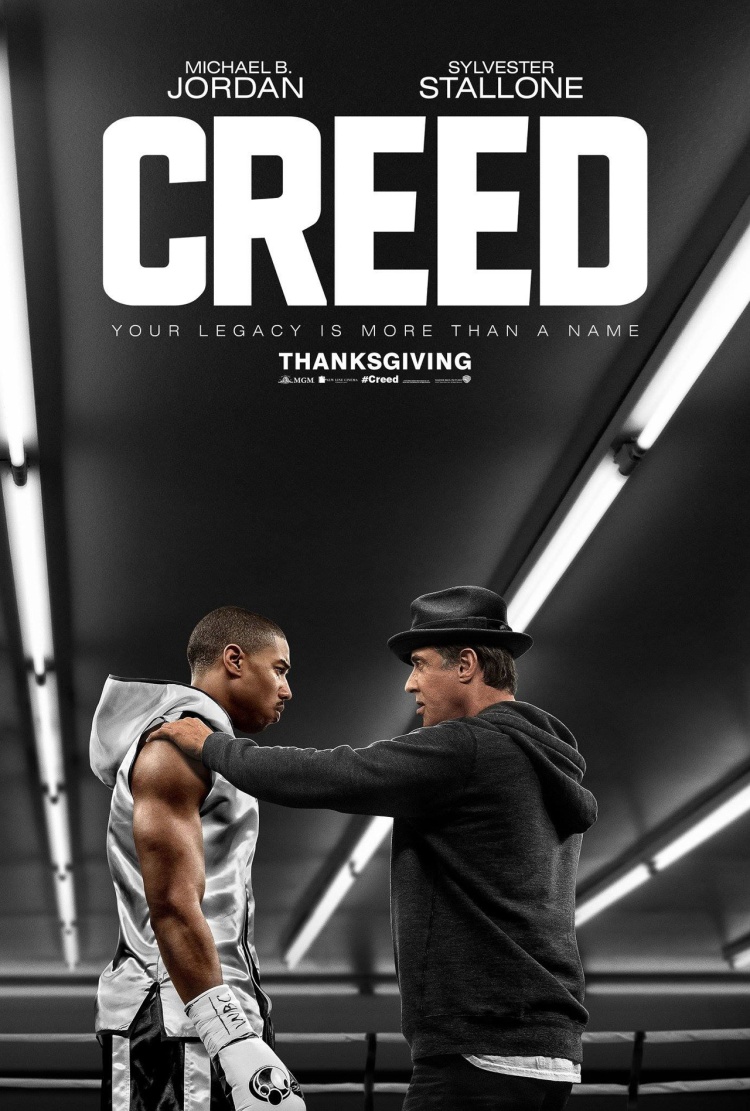 Not doing much. Am on vacation here in DC, visiting the family. Gonna be here until the 30th. Have watched several movies, as I always seem to do when I’m on vacation. Saw Creed, the seventh Rocky movie, and the seventh Star Wars movie.

Both movies exceeded my low expectations for them (surely nobody’s expectations are high for the seventh film in a franchise?). Both movies were in the same position. They were by new directors, taking over old properties and tasked with recapitulating the original formula, with the original hero now put into the role of a mentor figure to the new hero.

In the case of Star Wars, Harrison Ford serves as Obi-Wan to a new trio of adventurers. The movie starts when a droid is lost, carrying vital information, on a desert planet. An innocent encampment is attacked by the evil forces of the Empire. The droid is rescued by a naive young person who connects up with a self-interested stranger. The naive young person discovers an affinity for the Force. The self-interested stranger has their self-interest tested by a newfound affection for the naive young person. There’s an extended middle sequence in which they’re forced to escape the forces of the Empire. And then they need to destroy a huge Death Star.

It’s the same movie as A New Hope. But it’s not quite as good, because no one in the movie has any stake in what’s going on. In the original Leia was a leader of the resistance, and her planet got destroyed. Luke was a young guy with dreams of glory who rapidly latched onto the whole rebellion thing. And Han had no interest in any of it.

But in this one, Poe Dameron is basically not in the picture at all, so we’re left with Finn and Rey, and neither one of them really wants to be a part of this rebellion. Rey only wants to get home to her family, and Finn wants to get as far away from the rebellion as possible. And because of this, no story development is possible, and the entire movie is a series of frenetic interruptions, as characters are shuffled here and there in order to prevent them from doing what they want to do.

Which is to say that The Force Awakens has essentially no character development or story, because no story is possible when you’re dealing with a narrative in which the characters’ motivations and interest fundamentally do not align with the plot in which they’re being forced to take part.

What it does have is a series of very charming performances. I loved Finn. I thought he had a good energy. I thought he was both funny and had a certain honesty, particularly in the introductory parts, where he was just a hapless deserter who was doing his best to get away (i.e. when his character aims aligned with his plot). The other characters also did the best they could. It was definitely Star Wars. All in all, not terrible.

Creed, though, showed how a movie can recapitulate another movie in a straightforward way. Here too we have an untried boxer thrust into a title fight they’re not prepared for. In Rocky, the untried boxer had something to prove: he was a loser who’d already wasted whatever talent he might’ve had. And in Creed, he’s the son of a famous boxer who abandoned him before birth–he has a serious resentment towards his father that plays out in insecurity and self-loathing. He fears he’s weak, so he takes any opportunity to prove he’s strong.

Here, character aims are aligned with plot. You can sense that by going the distance with Pretty Ricky Conlan, Creed will be able to finally lay to rest any idea that he wasn’t worthy of his father’s love. It’s not an amazing plot arc, because it’s generic. Abandonment issues can be used to justify pretty much any action (which is why they’re so often a convenient stand-in for a real backstory), but at least Creed attempts to put the right things in the right place. It attempts to give you something to care about and to move you towards an ending that will, maybe, resolve its central conflicts.

Of course, it’s only the ghost of a plot, since Creed’s stakes are really all internal. He doesn’t really need to win this fight; all he needs is to resolve his daddy issues. Whereas in Rocky, the titular character had everything on the line. He needed to go the distance in order to redeem his entire mess of a life.