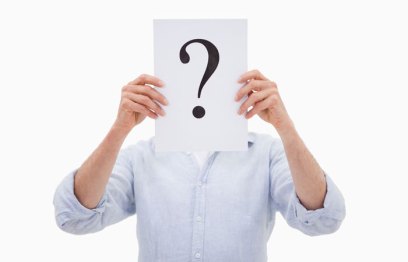 Just read an extremely revealing post by an author who decided to submit her manuscript to publishers and agents under a male pseudonym. She writes:

“I wanted to know more of how the Georges of the world live, so I sent more. Total data: George sent out 50 queries, and had his manuscript requested 17 times. He is eight and a half times better than me at writing the same book. Fully a third of the agents who saw his query wanted to see more, where my numbers never did shift from one in 25.”

This struck home for me. As a male author working in a 90+% female field, I’ve often felt like I benefited from unconscious gender bias. There’s just something about the reception that my book got from publishers…something about the reception I’ve gotten from other YA writers. I’m obviously not a star, and I probably won’t ever be, but I feel like my gender made my journey easier. Which is something I’ve simply learned to accept (this isn’t going to be one of those wallowing in guilt posts).

However, I have been thinking a little bit (especially over the last few days, for some reason) about how I can make it better. The situation in YA, thought, is different, in many ways, from the situation in my other genre–science fiction. There, women seem relatively underrepresented, and it feels like the most conscious thing to do is to just seek out and praise female voices.

But I still don’t know what to do in the YA field. It’s difficult, actually, since the number of men in the YA field is so small that even with the dramatic sexism, there’s still much room for women to flourish. Maybe 10% of YA authors are men, but we get 40% of the awards and bestseller slots. That’s unfair. It’s a systematic disadvantage for female authors. But at the same time, because there ARE so many female writers in the YA field, it means that there are also a lot of female bestsellers and awards winners, and that makes it hard to point to any specific book and be like, “This is the disenfranchised book. This is the one that should’ve been a bestseller.” (Although if I was to point to any, it would be Susan Juby’s The Truth Commission. Her book is so good and so similar, in many ways, to mine, that if mine is a hit where hers wasn’t, then I feel like we’ll have learned something…)

In the science fiction world, a friend, Tempest, recently issued a call for authors to stop reading white men. But I’m not sure that is as well warranted for the YA field, because the demographics of kid-lit mean that you end up reading a lot of books by women. In fact, although I’ve made zero additional effort to read books by women, I just did a quick count and found that 18 out of the 23 children’s books I read in the last eighteen months were by women. That’s 78%. As such, it’s hard to say that what I need to do is to concentrate more on works by women.

(Although I will note that out of the books I’ve read in the last year that I’ve raved about–The Truth Commission,  Siobhan Vivian’s The List, Tim Tharp’s The Spectacular Now and Ned Vizzini’s It’s Kind of a Funny Story–only 50% were by women. Furthermore, out of that group, the ones by males were already outstanding critical and commercial successes, while the ones by women required a little more searching to unearth. So I don’t know, maybe the solution is to read zero men).

Anyway, I am at a loss. It honestly feels like what’s needed are systematic procedures to encourage gender-blind reading by agents and publishers. At the very least, agents (whether they’re male or female) who are concerned about reducing gender bias ought to write in their guidelines that they don’t want cover letters and bylines to contain any information that might reveal the gender of the author. On the other hand, that’s a policy that would entail considerable financial risk for the agent because if it’s true that male writers are vastly more likely to be bestsellers, then it makes sense for an agent to try to catch as many men as they can. Still, this can’t be an intractable problem. There’s got to be something that can be done.