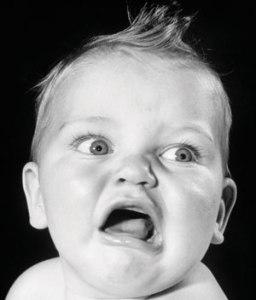 Haven’t posted about it until now, because everything felt very up in the air, but the editor at Disney who acquired my book, Lisa Yoskowitz, left her job a few months afterward, leaving my book temporarily orphaned. For awhile, I was waiting on her replacement to be hired, and for awhile another editor at Disney had taken it on, but now it’s being edited by Lisa’s replacement at Disney, Kieran Viola (with help from Julie Moody, an assistant editor at Disney who’s been more of a constant through this process). I just got Kieran and Julie’s second-round notes on the book, which were extroardinarily detailed (fourteen pages long!). In general, though, they feel like good notes: things that will turn the book into what it was meant to be. And I feel fairly happy, in the end, about the hands the book has ended up in.

So I’ll be doing second-round edits for the next few weeks. And then it’ll be line edits!

I spent the past few weeks polishing up my contemporary MG novel, Everyone Hates You, with help from two amazing first readers: Courtney Sender (a former classmate at Hopkins) and Laurel Amberdine (a fellow Bay Area writer). Got some great notes from both of them, which really helped me refine a few things (particularly the ending), and now the book is off on my agent’s desk. I hope good things happen with this, mostly because writing MG books is really fun. I thought I’d have trouble aging down the voice for the MG readership, but it really wasn’t an issue at all. The thing about young people (whether they’re in elementary, middle, or high school or even in college) is that their youth doesn’t necessarily show in the way they talk or the way they think: it’s mostly about their environment and their level of knowledge. Like, twelve year olds care about different things and they know different things, but they still behave in a way that’s more akin to adults than we’d like to think. Although, actually, adults would never brutalize each other the way the kids do in my novel, so maybe I have no idea what I’m talking about. In any case, though, the age thing turned out to not be as big a deal as I thought. Honestly, when I write child characters, I always try to veer in the direction of them sounding too-adult rather than not-adult-enough, for three reasons: a) if you need to revise their age in the novel, then it’s easier, logistically, to turn a 12 year old protagonist into a 13 year old than it is to turn them into an 11 year old; b) children read books in order to feel empowered–they want child characters who are confident, intelligent, and capable; and c) I remember that when I was a child, I felt so adult–I honestly felt like there was nothing, in terms of reasoning ability, that distanced me from the adults around me.

Another reason i love writing MG noels: they are so short. Seriously, this one is 32,000 words long. The great thing about writing a 32k novel is that you realize novels don’t actually need to be 80k words long. EHU takes place over the course of one night, and it’s got plenty of characters, plenty of plots, plenty of stuff going on, but it’s also very compact. I feel like I could write one in a weekend (of course, this one took me six months, 90 drafts, and four complete reboots, but let’s ignore that aspect).